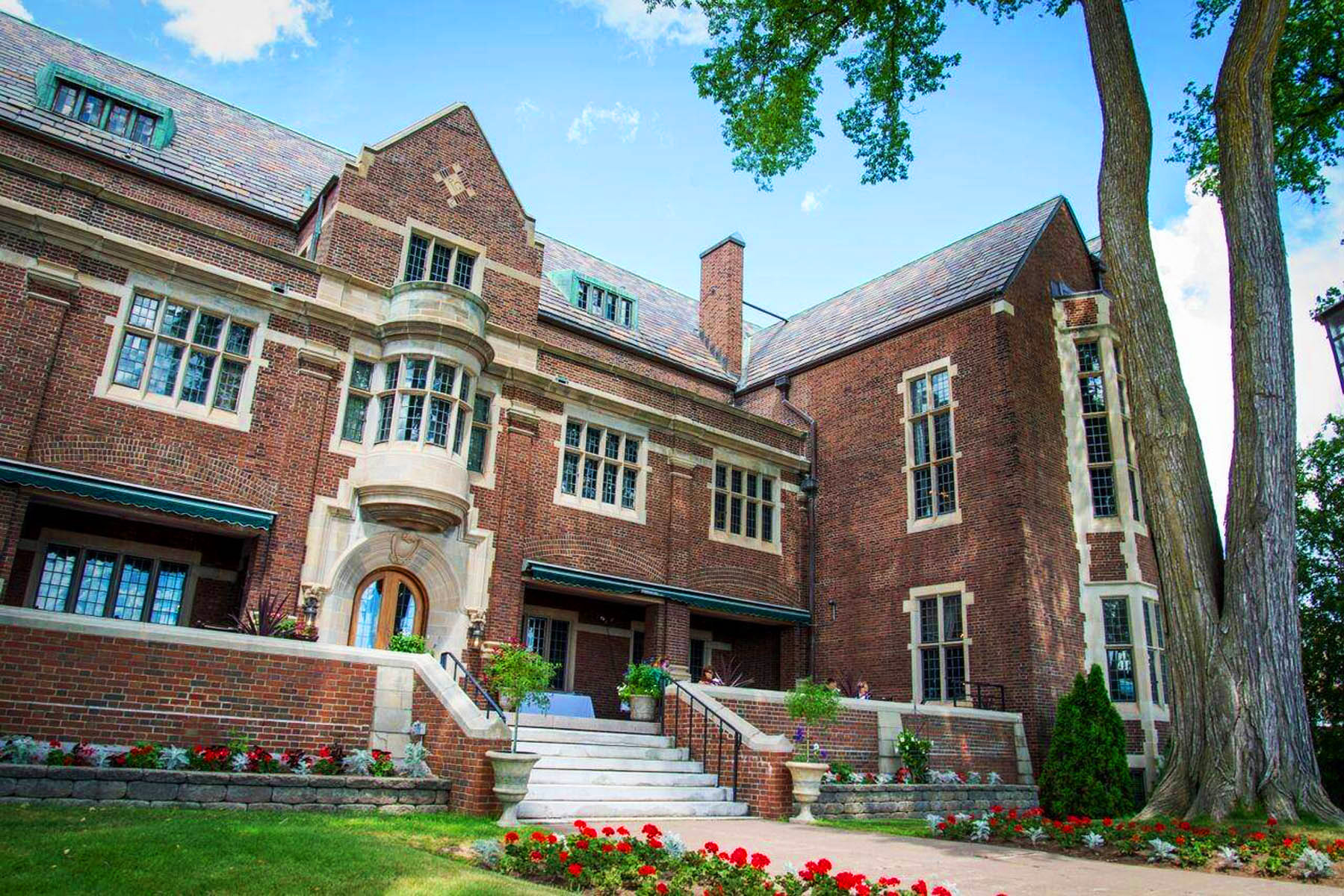 The Kitchi Gammi Club was formed on October 1, 1883. At its first meeting were sixteen original incorporators who have been described as “individualistic men of prominence, respect and leadership in the community.”

Throughout the years the Club has grown in both membership and vitality as a force in the community. Many prominent Americans and distinguished foreign visitors have been guests at the Club.

Originally in 1883 the Club occupied space on the fourth floor of the Grand Opera House in downtown Duluth. Following several moves to larger quarters the present clubhouse was designed and built from 1911 to 1913 and formally opened on January 1, 1914.

The site for the present clubhouse was chosen by the building committee for its convenient location on Superior Street and its unobstructed view of the lake. Chosen to design the clubhouse was Bertram Goodhue of the architectural firm of Cram, Goodhue and Ferguson of New York City.

Nationally famous, this firm also counted among its designs the imposing structures of West Point Military Academy and numerous important churches along the East Coast of the United States. Besides the Kitchi Gammi Club Goodhue designed the St. Paul’s Episcopal Church and the Hartley Building in Duluth.

By any standard, the Kitchi Gammi Club has been regarded as one of Duluth’s true landmark structures. It has been described as one of the last buildings built which embodies so many ancient handicrafts and so much detailed handwork in metal, wood and stone.

That Duluth did establish and build the Kitchi Gammi Club is a credit to the foresight of the original group of sixteen “wheel your own wheelbarrow men” who, a century ago, met in one of their offices to organize this unique social institution.

Hallmark characteristics of the Jacobean Revival style chosen by Goodhue for the Kitchi Gammi Club included multi-light rectangular windows, bay windows. Triangular gables that rise above the roof line, steeply pitched roofs, tall chimneys with separate stacks for each flue, round arched doorways and the use of brick and stone as the predominant construction materials. The Clubhouse was listed in the National Register of Historic Places in 1975.

Today, perhaps more than any time during its first century, the Club’s role as a community resource enhances Duluth’s national reputation as a business center and a place where tradition and quality of life remain important. Both historically and architecturally, the Kitchi Gammi Club is one of Duluth’s outstanding landmarks.